This will mostly hold reviews/reactions of manga, real books and scanlations, that I have read. 75% of which are yummy, yummy yaoi.
There will also be rants and raves about anime and life in general...

After a few years of this blog being inactive, I write again with bad news.

December 2, I received a message from a friend of a friend. I thought that it was strange since I know that she no longer mentions me as much to other people any more and that was my real account which no one on this side really knows. Anyway, I thought that it was another of her stalkers curious about me because she mentioned me somehow... it wasn't. And now I wish that was all it was.

He told me that our friend had died in a car accident on November 30. I was so hoping it was just the worst kind of stalker ever. But it wasn't.

I planned on going to work there to be closer to her, but a recession hit there and I got fired from my work here. It would have been ideal, but with the recession, I had to stay here.
I never did get to leave the country, even to visit her, but I did get a passport with that in mind. My passport has long expired and now I see no point in renewing it.

She's dead. She's gone. I won't be having inane conversations with her about who loves whom most, her asking for chus and I give her smerps, and about bishies being groped.

We have drifted apart lately. She had her life, I had(?) mine. She was always so busy going to cons, partying with friends and working. I knew she didn't really need me any more, not like she did then. She has really grown into a wonderful adult and I was happy that she finally had better friends in her country than before, but also sad that she wasn't "mine" any more. She had places to go, people to be with, and hearts to break.
I was satisfied seeing that she was away on skype, it susually meant that she was busy RPing with someone. But now when I see her status, all it does is make me cry because I can no longer surprise her with a chu or a smerp or just a simple hi and then have one of our weird conversations.

Here I was planning on finally sending a manga or two again with some hot chocolate and mango juice, just like I used to, for her birthday. But now... blerg.

Goodbye Enchanter. Goodbye Rebecca. I love you, always have, always will. ~your Inoue

Thank you SuBLime for licensing one of the bestest manga ever published!

To be released next year, and in omnibus form. 2 volumes in 1.
Posted by Inoue at 19:40 No comments:

I finally got the package! Well... the one with the last 2 volumes of Embracing Love that I was missing from BeBeautiful.... unless there's a vol 6 out there....
And my CLAMP no Kiseki collection is finally complete! I finally have volume 1! 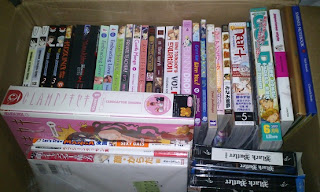 I read an earlier post, I was worried about the Embracing Love manga. I had no reason to worry because they were brand new! Volume 5 had Winter Cicada!!!! *squeeeeeeeeeeee*
The Japanese Style book, I ordered from amazon for 1 cent. The shipping was $3.99 though, which is still not that bad.
There is a print version of Starfighter chapter 1 between the two japanese magazines. It's so skinny. I love the webcomic, but I find the print versions a bit too expensive. That skinny for $14. I still want to buy the other chapters though, but I have to wait for them to go on sale.... sorry >.<

I also bought (re-bought) the first season of Black Butler. I bought it because it had to match the second season, of course 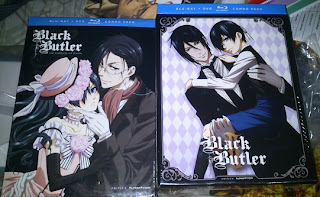 So now I have 2 copies of the first season, which isn't so bad. Who'd complain about having too much of Sebby!?

I got Be-Boy Gold June 2012 because it had Iwaki and Katou on the cover and Dear + because of the free CD o.o 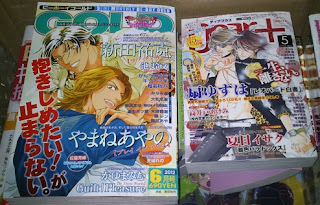 I took a peek inside both and was pleased with the yummy smutt in both! Maybe someday I'll listen to the free CD...

The How to Draw books that I bought.... 2 BL related, 1 sexy gals (I got this because it was only $4, which made it cheaper than the stickers)
So now I have 3 books of the BL series. They came out with a girls version, but of course why would I spend $50+ for that? 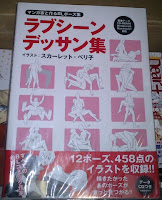 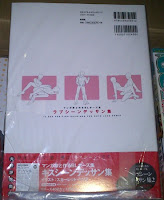 Here's the sheet of stickers that's more expensive than the Sexy Gals book
Oh! Oh! I also ordered Ramune! I just checked Akadot now, and the melon flavor is on special order. They're too pretty to drink! 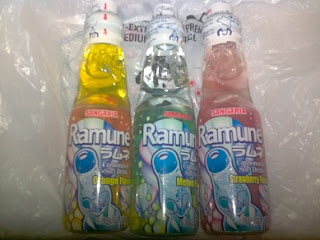 I got a freebie from Akadot... A Hetalia clear file 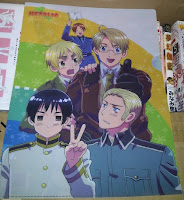 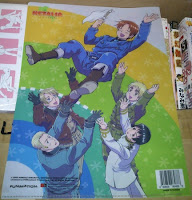 Not to appear ungrateful or anything, but I'm not really into Hetalia o.o

Okay, this is it for now. I realize that I didn't post the pictures I had of the package before this one. I will.... eventually.
And I do want to write reviews of some of the manga that I've read.
Someday.... for now, good night!
Posted by Inoue at 23:03 No comments:

Haru wo Daiteita my missing volumes

Someone finally posted Embracing love vol 3 and 5 on Amazon for $30!

I immediately bought them both, of course, and now they're headed for the forwarding company that gathers all the stuff that I buy from the US, then sends it here when I ask them to.

I hope that they're not too worn, since it's used. But the seller said that it was like new!

I bought the manga together with the second season of Kuroshitsuji... Someone stop me from buying the first season again! I already have the limited edition of the first, but this new one matches with the second one x.x
I'm OC that way ._.
Posted by Inoue at 21:00 No comments:

Today I bought Gentlemen's Agreement Between a Rabbit & a Wolf 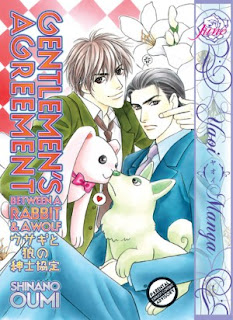 I loved the scanlation, and I loved this manga even more. Why you may ask? Because there are stories in the english version that were not in the scanlations!
They're not part of the story of the wolf and rabbit, but they're still good stories. It's always a nice surprise when the scanlation teams say that it's complete, and you buy the english release and find out there's more!
Today's release also had Kizuna vol 5 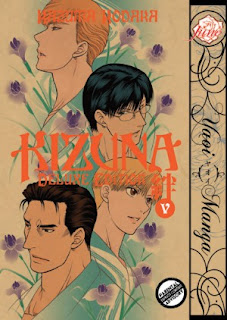 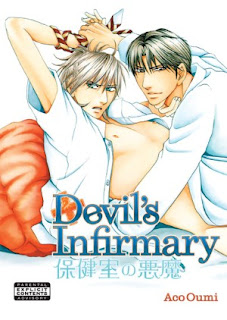 I got neither one from the store here because I already ordered it online. I got Devil at 19% off and Kizuna at 47% off plus an additional 10% because of a sale they had at the time.
I actually ordered the Rabbit and Wolf manga too, at 22% off, but when I found out it was going to be released here already, I just HAD to buy it! I really love this manga. So now I have 2 copies :3
I have 44 books waiting to be shipped to me from the US. There are only 41 titles though. I have 2 copies of TV Animation Kuroshitsuji II Black Tabloid 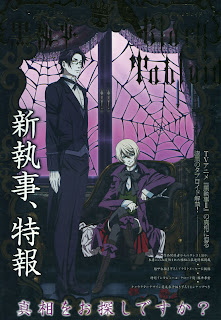 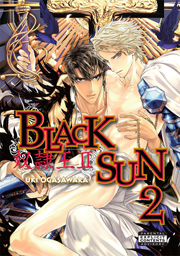 At last, the second and final volume of the series. I got three because I'm giving one to Enchan and one to Rukia. I also promised Rukia the first volume... but it's still with me o.o
I will just post the other stuff in the package when I get it.
Oh, speaking of packages, I got the stuff I ordered from RightStuf last week! My Saiyuki manga is finally complete. I will probably post about this package some other time.
In other yaoi news...
DMP(June) finally licensed the last volume of Tyrant! I do hope they release the rest of the volumes soon.
They also licensed Otoko Hiroimashita by CJ Michalski. That should make Chi happy, but I'm not sure if he's still into yaoi o.o
Oh and Sleepless Nights (Nemurenu Yoru wa Dare no Sei) by Sachi Murakami. This wasn't scanlated, so I'm not familiar with it.
Viz also licensed a few yaoi titles under their new line SuBLime.
I've heard of them since they announced that they're licensing Sex Pistols (formerly published by TokyoPop), October of last year.
I'm excited! I hope they do the yaoi genre justice.
Other titles they've licensed are:
Okay... I've only gone to their site, and they have a lot more! If anyone is reading this, go check out their site! http://www.sublimemanga.com/
Wow... that was longer than I expected o.o
Now on to the continuation of the Rabbit and Wolf manga! Then sleep... glorious sleep....
Posted by Inoue at 23:12 No comments: